Interpreting at home or on-site? Let's talk about the new normal

The research project, led by ESIT lecturer Camille Collard and freelance conference interpreter Marta Bujan, (was) aimed at quantitatively understanding the experiences of conference interpreters with remote simultaneous interpreting (RSI). They collected responses between March 10 and April 11, 2021, wrapping up just over a year after the coronavirus pandemic began to significantly impact lives across the world.

Home or away, interpreters reported struggling to adjust to the new normal. Sixty-seven percent of respondents believe RSI working conditions are worse than on-site, and 50% of respondents think they perform worse via RSI. Overall, 83% said they consider RSI “more difficult” than on-site interpreting.

TikTok will overtake Snapchat in total US users by 2023. Still, as both apps approach 90 million US users, neither platform will rival Instagram's overwhelming influence.

But, after astronomical user growth in 2019 and 2020, TikTok will reach a pivotal milestone with respect to its youngest users. By the end of this year, the video app will have a larger number of Gen Z users in the US than Instagram. And it will surpass Snapchat in terms of total users by 2023, according to our latest social user forecast.

This year in the US, TikTok will have 37.3 million Gen Z users (born between 1997 and 2012) who access their accounts at least once per month. For comparison, Instagram will have 33.3 million users within the same demographic. “Instagram’s user base is steadily aging,” said Debra Aho Williamson, eMarketer principal analyst at Insider Intelligence.

How localization can win over customers

Delivering a strong e-commerce customer experience can be challenging when you have to consistently localize large volumes of time-sensitive content across many languages and markets, fast.

Research has shown that online customers prefer to shop in their native language and native English speakers account for roughly 16% of the five billion Internet users worldwide.

John Yunker, the author of The 2021 Web Globalization Report Card, highlighted that “the average number of languages is now 33” for the top 150 websites and that, “even if you are just starting out, you have to start planning for scale.”

Yunker recommends starting with a locale-oriented approach (rather than by language), which allows companies to scale more rapidly as they ramp up geographic and cultural reach. This is especially true for e-commerce “because you have to focus on the currency and the specific market.” A clear preference for human translation over MT

As detailed in the April 29, 2021 paper, “Experts, Errors, and Context: A Large-Scale Study of Human Evaluation for Machine Translation,” professional translators show a clear preference for human translation over MT.

For all of its advancements, there is still no universally agreed-upon standard procedure for evaluating MT output. But past research has shown that other issues arise when crowd workers without a background in the translation are hired as a cost-saving measure. Crowd workers are less able to distinguish human translation from MT, especially as MT quality improves, and prefer more literal, “easy-to-rate” translations.

Marine Maj. Thomas Schueman was in Afghanistan’s Helmand River Valley during the hell of it, a seven-month stretch in which 25 Marines died and more than 200 were wounded during a campaign to flush out Taliban fighters. Schueman earned a Purple Heart when he and other troops were ambushed in a field on Nov. 9, 2010.

When Schueman left Afghanistan, he left behind a young Afghan he says probably saved his life and those of many other U.S. Marines while working as an interpreter for them in Helmand Province.

Schueman says the Taliban have made it known that the interpreter — he doesn’t want to use his real name out of fear for his life, so he calls him Zach — is a traitor and that, if they find him, they will kill him.

So he’s trying to get him out and bring him to the United States.

“This man — and many like him — literally put their lives on the line,” he says. “We owe him the opportunity to come to this country and to have some hope, some freedom to build a better life for him and his family.”

Five years after Schueman helped Zach apply for a visa designed for Afghans under threat because they helped U.S. forces, he says the application is still in limbo.

Schueman fears time could be running out. He says he recently got a Facebook message from the interpreter that read, in part: “Sir, you may better know the situation is the worst in Afghanistan than ever. I would be lucky if I get a chance to travel to the US to save myself and my family.”

Last spring, Lourdes Cerna, a fifty-eight-year-old medical interpreter, received a phone call from a hospital in Texas. In Cerna’s home, in Los Angeles, the audio crackled to life; on the other end of the line, she could hear a woman struggling to breathe. A doctor at the woman’s bedside wasted no time. “Please tell her that if she does not agree to go on the ventilator, she will not survive the day,” she said.

Cerna translated the physician’s plea into Spanish. When the woman didn’t respond, the doctor asked Cerna to try speaking in her own words, clearing them in English with the medical team first to ensure that there were no contradictions. In Spanish, Cerna and the patient started a conversation. They talked about the woman’s grandchildren and about how she might see them if she made it out of the hospital.

A Guatemalan immigrant, Cerna is part of a burgeoning profession that has assumed a critical role during the pandemic. The spread of the virus has been especially brutal in immigrant communities, where more people have had to work outside the home despite the risk, and in which healthcare resources are scarce. Interpreters must help patients with limited English skills navigate their treatment and the healthcare system more broadly. The job is taxing both practically and emotionally. For many patients, meanwhile, an interpreter is the last person they will speak to who understands what they are saying. 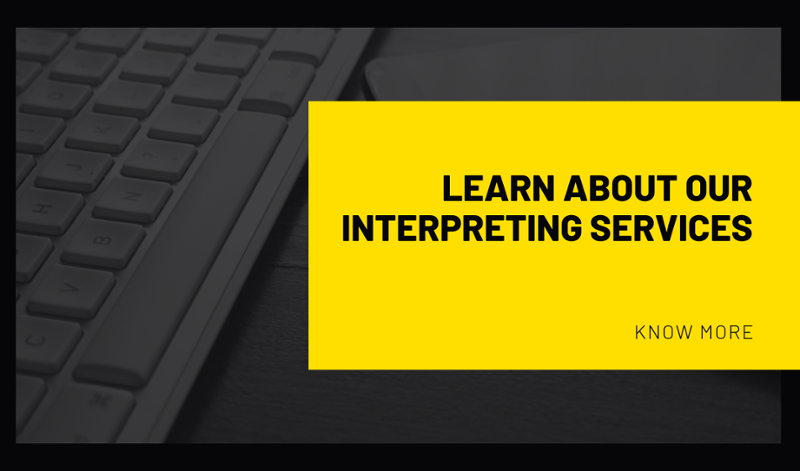 
Ireland is home to people from every country in the world. Many have excellent English, others have enough for work and everyday situations while still others have every litte or no knowledge of the language. Even those who are reasonably fluent in English may find themselves outside their comfort zone in certain situations.

Interpreters are needed to ensure that limited English speakers can access services, can understand and be understood, and that people interacting with them can carry out their work. They are generally made available in garda stations and the courts but not always in other settings.

However, despite the obvious need for interpreting, interpreter provision in Ireland is very problematic.

“He shouted, doing it all in Spanish…”

Leeds striker Patrick Bamford reveals Marcelo Bielsa's interpreter Andres Clavijo warns the players if the maverick manager is 'on a mad one' before individual meetings. Argentinian Bielsa has only spoken his native Spanish in public since taking over as Leeds boss in 2018 and continues to use trusted interpreter Clavijo by his side for interviews.

'When we played Arsenal away at half-time, he came in and he was fuming. He shouted, doing it all in Spanish, and then the translator has to translate it...'

Patrick Bamford has divulged how Marcelo Bielsa's translator Andres Clavijo warns the players when the Leeds boss is 'on a mad one' before meetings. 'He does the individual meetings for the translation as well and if you're walking in there he'll be like "you've got it today, he's on a mad one!"'