Simultaneous interpreting, a must have for Champions League

The second week of April kicks off the Champions League's strong emotions, taken to a whole new level with the quarter-finals of the most important UEFA club competition.

The time as come to see Europe's top eight teams in action, and it is also an opportunity to see planetary stars such as Cristiano Ronaldo and Messi on the pitch, as well as many other admirable footballers playing for the eight clubs qualified for this stage of the Champions League.

But the Champions League is far from being just 11 vs 11 inside a football pitch. There is a lot going on behind the scenes of the gigantic coverage of any match. Amongst these "anonymous" tasks the general public doesn't see is the essential work delivered by an interpreter.

Without an interpreter it would be impossible for everyone to understand Pep Guardiola's Spanish, Massimiliano Allegri's Italian, Sérgio Conceição's Portuguese, Erik Ten Hag's Dutch and, consequently, many answers would sound strange to those who hear them in the press room or at home, watching the post-match broadcast to the whole world.

Broadcasted all over the world, bringing huge television audiences together, the Champions League matches live a planetary reality and are played by all the major television channels. Aware of this global reality, UEFA has laid down a rule to improve communication during press conferences before and after matches.

Thus, from the quarter-finals onwards, the Champions League's official press conferences will be held with the mandatory use of simultaneous interpreting, to allow a more fluent and timely communication. The interpreter sits in a booth, listens to the speaker in one language through the headsets and immediately conveys his interpretation into a microphone in another language.

Simultaneous interpretation is appropriate for bilingual and multilingual press conferences and has the advantage of not extending them.

Simultaneous interpretation requires a high level of concentration, since the interpreter is dealing with several tasks at the same time:

As in the round of 16, at the FC Porto-Rome, AP Portugal Tech Language Solutions deserves once again the confidence of UEFA, being in charge of the simultaneous interpretation of the press conferences of the quarter-finals' second leg between FC Porto-Liverpool, played on Wednesday 17 April. The first match between these two teams, remember, takes place on Wednesday 9 April at Anfield, Beatles' hometown team.

Since 1998 providing translation, transcription, interpretation and subtitling services, AP Portugal - Tech Language Solutions is a Portuguese translation company certified by the International Quality Standard ISO 17100, with a translation agency in Lisbon and another in Porto. Recognised internationally for its software and website localisation technology skills, SEO and consulting, it invests enthusiastically in the development of partnerships and cooperation in Luanda, Maputo, Bissau, Praia, São Tomé, as well as in Brazil and anywhere in the world where your organization may need a partner for the African, Brazilian and European Portuguese language.

The role of the consultant interpreter- case study

Taking bilingual staffing into account for event planning is extremely important for... 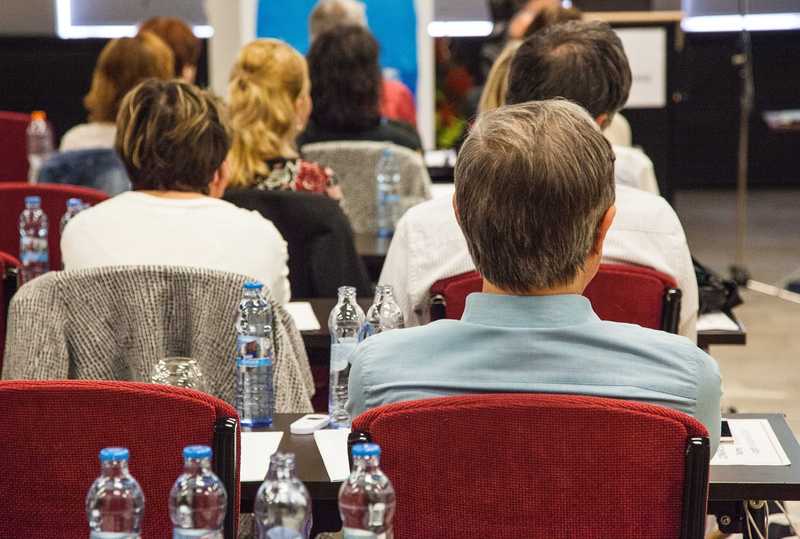 We have already given you some tips on How simultaneous interpreting works in...