GOT - Game of Translation!

At first glance, voice-over, subtitling, dubbing and Game of Thrones have nothing in common, but the world premiere of the GOT Season 8 was also an episode in the history of language service companies.

The example comes from France, the electronic edition of the prestigious daily newspaper Le Monde, points out the remarkable achievement of the dubbed French version of the first episode of GOT Season 8 broadcasted only three hours after the worldwide release of the original English version.

"Netflix, Disney or Amazon will have to differentiate themselves by their well subtitled and well dubbed content”, says Jeremy Goldstein, Director of Customer Relations and International Development at VIS, a dubbing and post-production company that works for Netflix. A statement that points out the need for translation and dubbing professionals to work "just-in-time". That makes one guess new challenges for the universe of translation, subtitling and dubbing companies.

But how was it possible to broadcast the French version of GOT three hours after the worldwide release of the original English version? The usual thing is that the translated and dubbed version is broadcast 24 hours later, but the evolution made with the eighth season in France has an explanation. 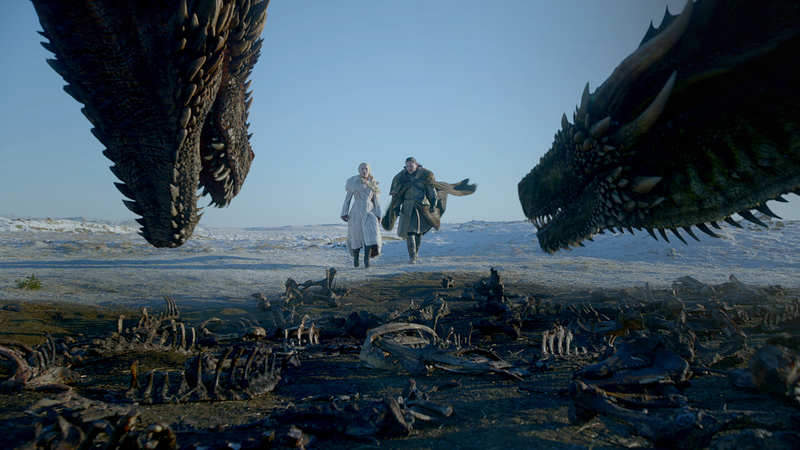 To achieve this feat, dubbing professionals work on a just-in-time basis. They start working on the episode a few weeks before its final version, and the day before its final broadcast, on april 15, the voice actors only have a few hours left to make changes.And so it became news!

As in other areas, such as interpreting and transcription, for example, challenges for translation companies arise almost daily as technology advances. What happened with this Game of Thrones première is a good example.

In cinema the dubbing must be perfect, unlike TV, where you have to go faster and faster. It's about costs and resources," notes Benoît Allemane. He quotes The Shawshank Redemption, where the recording of Morgan Freeman's voice lasted five days....

The question is universal and has an impact on the services provided by translation companies. Here is a piece of information taken from the same article in the Paris-based daily newspaper: the majority of French people prefer films or series dubbed in their language. But among young people, this preference is much lower, and the original subtitled versions are gaining ground.

Since 1998 providing translation, transcription, interpretation and subtitling services, AP Portugal Tech Language Solutions is a Portuguese translation company certified by the International Quality Standard ISO 17100, with a translation agency in Lisbon and another in Porto. Recognised internationally for its software and website localisation technology skills, SEO and consulting, it invests enthusiastically in the development of partnerships and cooperation in Luanda, Maputo, Bissau, Praia, São Tomé, as well as in Brazil and anywhere in the world where your organization may need a partner for the African, Brazilian and European Portuguese language.

Is video dominating the Internet traffic? The answer is subtitling